After over a year of hushed, secret negotiations, it’s finally official. After all the sweaty hand-wringing, the whispered inquiries, and intermittent hives, the news can now be news. We are proud to announce, without any further, unnecessary ado (well maybe just a little ado), Alexis is now a co-owner of Hillside Bar.

Some backstory might be warranted here. You see, Hillside opened in 2012 under the ownership of three partners—Sean (the face you know and love) along with two others. In 2016, when the two not-Sean partners expressed interest in consolidating their investments around town, Sean began the strategic planning and long negotiation to buy out their shares, and he began looking for the perfect new partner to help him do it. He didn’t have to look very far.

Alexis has been a permanent fixture at Hillside for years, slinging beers and warming the place with her sunny disposition. She too was thinking about what her future looked like, and when this opportunity came up, it was a perfect fit.

Together, Sean and Alexis formed a new legal partnership, bought out the former shareholders’ stakes, and now the two of them are running Hillside together. Whew!

Originally from Houston, Texas, Alexis has been in the Seattle area since the awkward days of middle school. She attended college here, too. Biology. She studied biology. She’s wicked smart. She’s a legit Amazon woman who has never worked at Amazon, and she’s more local than any of them.

Over the past couple of years at Hillside, she’s been a natural leader and part of the fabric that makes Hillside what it is, Capitol Hill’s neighborhood bar. We look forward to many years of Alexis’s co-lordship. Stop by and toast her to her success. She’ll give you a dollar off wells, drafts, cans, bottles, and wine during happy hour.

“Well, it’s official (finally) and I can officially be excited about the official nature of this officially real thing: I am now co-owner of The Hillside Bar. Ooooweeeee I’m excited! Here’s to many future years of hard work and family action with my business partner and my wonderful coworkers (employees now? Weird). I love you all and obviously couldn’t have gotten here without you.” 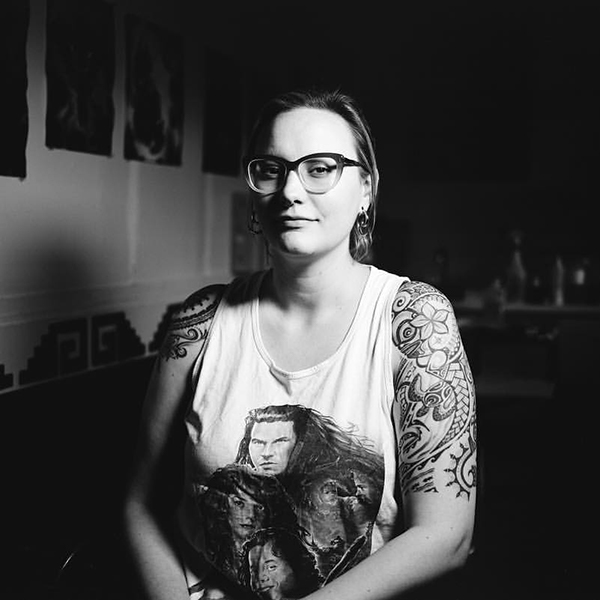